Good morning America as we are introduced to Notes

Good morning America as we recover from the Christmas holiday we are presented everyday with amazing music, and today we come across a talented artist by the name Notes. The young native recently released the mixtape Good Morning America. Cover art done by the infamous IamliveGraphix. What we want to focus on is his recently released track off the mixtape Tell'em Pray . Has such a deep and provacative meaning setting him apart from the rest of his counterparts of this indust

Some might remember the music of Kenyadda when we premiered his music on our former show LNK Radio. The Chicago Native recently released his sophmore mixtape Homage in which he shows homage to those before him as well as putting his unique twist on those that have been put out and make it as his own. What we love about Kenyadda here at Rawrr is he has such a unique style that many do not see on this side of the industry. The chicago native takes the vibes of those that come b

Rockview gives us a suprise on Rawrr

In our first Christmas episode of Monday Night Rawrr we had the honor of having our manager / engineer S-Rock in the building discussing his music, life, and of course his career paths with The Peel, Rockview Entertainment, WVMR and more. During this interview he had announced that R & B singer Lucious is the latest addition to the Rockview Entertainment roster. Lucious known for his song Close to You and his latest collaboration with S-Rock More Than Ya Best Friend is one of

Hold on to your panties ladies, the vocalist from ICMG/2deep is back this holiday season just to make sure you have something to get soaked with this Christmas season. Following his amazing performance at the #GiveBackShow friday, former Voiceless Music Vocalist of the year JR Just Real followed through on a promise that he would bring us fire Friday Dec 22nd. He did with the video for his latest single off Reality Check, So Seductive. So Seductive the second single by the yo

Ray Beauty Rocks the Holidays with a Centerfold Release

With the holiday season upon us and following one of the biggest events in WVMR and Rockview #TheGiveBackShow owner of Rockview Entertainment S-Rock puts a holiday show to follow the success of Friday's event. With that there was an added bonus a centerfold release party for the first lady of Rockview Entertainment Ray Beauty as she celebrates her first centerfold release in #Bossedup Magazine. Shot by Katie of Monday Night Rawrr and Katie Kay Photography. The centerfold is a

What I learned at 9hugs

I normally try to stay unbiased through my writing as possible, nor do I mix my professional life with my personal. Some people who have worked around me professionally did not know I even had a family because I like having the privacy of my family to myself. But this year within the many things that have happened both good and bad we always have our family with us, as unfamiliar as I am with that I started to learn the real concept of that during the development of both Mond 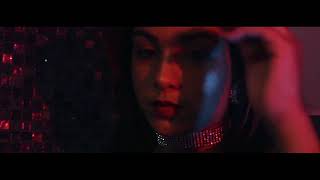 Le Llegate gives a New Name to the Game

After a long and anticipated wait former Monday Night Rawrr and S3 Radio guest ARP produces the visual to his latest track Le Llegate. The Washington Heights in the industry for quite a while has taken a leap in his music since being apart of his former collective the Blues Brovas and he has shown that he is a force to be reckoned with. Le Llegate in english means Do You Copy? As he is taking a stance as the new king of the industry. Whats even more amazing about the visual

2018 is in S-Rock's favor as he releases new music

Known as the man of many hats, the owner of Rockview Entertainment, brand ambassador for The Peel beverage, co-owner of WVMR. S-Rock or also known as TitanOfRap has started to cause quite a stir in this industry for his many business ventures but more importantly his music; Our crystal ball predicts that his music will be his most favored venture by the public as 2018 approaches with the recent releases of his new music. The business mogul hit us with his music once again fir
bottom of page